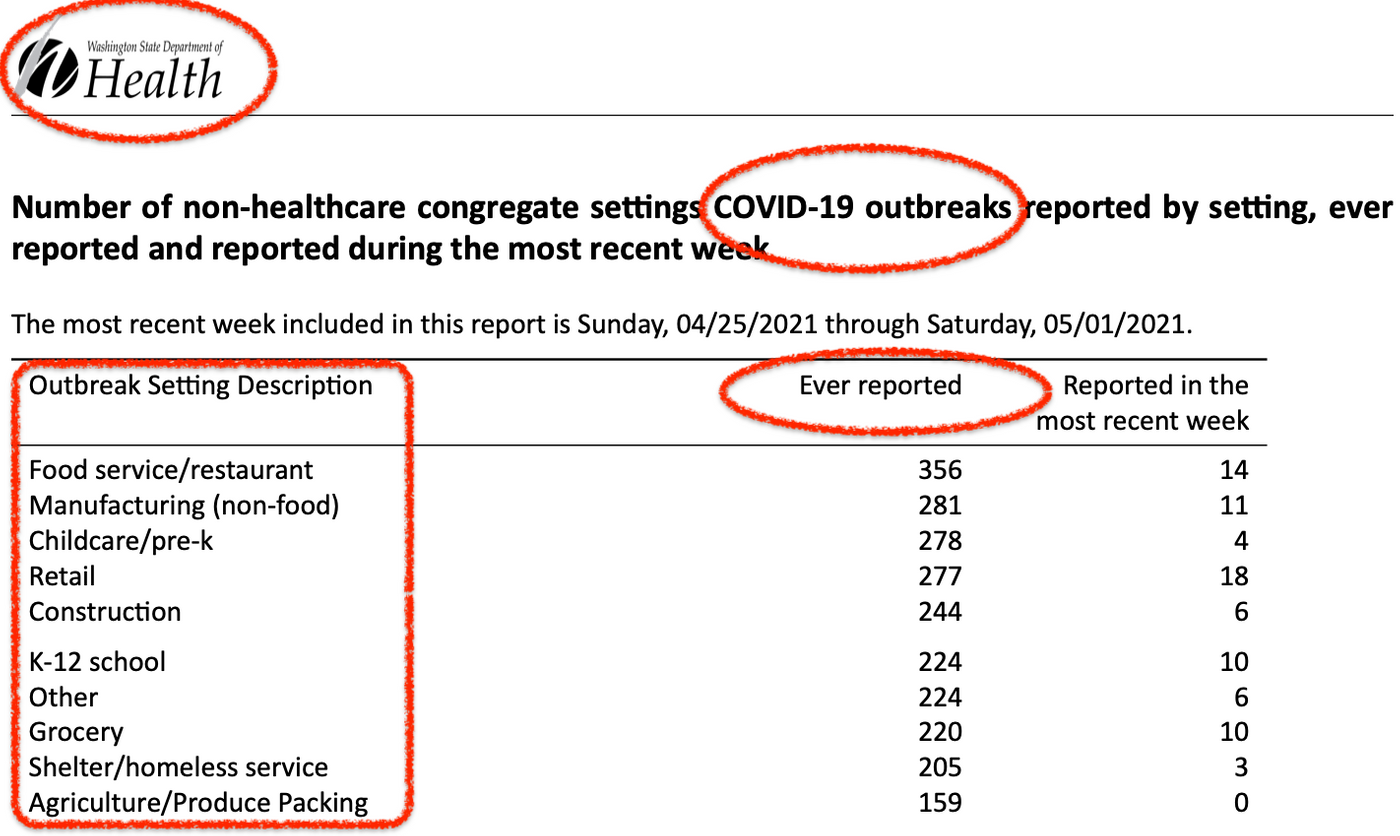 Washington State’s newly imposed “Religious and Faith Based Organization Guidance” once again unconstitutionally regulates attendance at religious services in Washington. The regulation unconstitutionally imposes greater restrictions on those religious sects and individuals who oppose receiving the ‘vaccine’ based upon the longstanding and well recognized religious belief that abortion and the use of its derivatives in vaccine development and production is evil and impermissible. Governor Inslee’s new edicts, therefore, constitute a direct and open violation of the Establishment Clause and Free Exercise Clause of the First Amendment of the United States Constitution.

Thus, on their face, Governor Inslee’s edicts openly favor and approve religious sects and groups that do not oppose abortion, while not only limiting the attendance of the pro-life faithful who refuse to benefit from the by-products of abortion, but also exposing those sects disfavored by the Governor to public condemnation in the form of visible segregation into sections with reduced liberties.

The United State Supreme Court has made clear that the Establishment Clause “prohibits government from appearing to take a position on questions of religious belief. . . .” County of Allegheny v. ACLU, 492 U.S. 573, 574 (1989). It forbids government hostility toward or the favoring of any particular religion. See Lynch v. Donnelly, 465 U.S. 668, 673 (1984). “The fullest realization of true religious liberty requires that government . . . effect no favoritism among sects or between religion and nonreligion, and that it work deterrence of no religious belief. ” Catholic League v. City of San Francisco, 624 F.3d 1043, 1053 (9th Cir. 2010) (emphasis original). A plaintiff in an Establishment Clause case suffers concrete injury “even though nothing [is] affected but the religious or irreligious sentiments of the plaintiffs.” Catholic League, at 1050. A psychological consequence “[constitutes] concrete harm where the ‘psychological consequence’ is produced by government condemnation of one’s own religion or endorsement of another’s in one’s own community.” Catholic League, at 1052 n.33.

That many of the faithful oppose Covid vaccines on longstanding and well recognized anti-abortion religious belief is well known. Though not exclusive to Catholics, such sincerely held religious beliefs are well established among orthodox Catholics who adhere strictly to the binding anti-abortion dogma of the Catholic Church. Bishop Athanasius Schneider, for example, has stated, “When we use vaccines or medicines which utilize cell lines originating from aborted babies, we physically benefit from the ‘fruits’ of one of the greatest evils of mankind — the cruel genocide of the unborn. . . . As Christians, it is our duty to bear witness to the world by not accepting these vaccines and medicines." Likewise, citing Tobit 2:21, Father Michael Copenhagen has stated, “The recipient [of an abortion-tainted vaccine] is an immediate participant in the commission of continuous theft of human remains obtained through deliberate killing, their desecration through exploitation and trafficking, as well as ultimate omission to respectfully bury them.”[i]

Here, Governor Inslee has taken it upon himself to regulate the conduct and organization of religious services specifically, triggering the application of strict scrutiny. By providing privileges to those religious sects who do not oppose the abortion-tainted vaccines, while limiting attendance or requiring the public and visible segregation of those who personally forgo the vaccine on well-established religious grounds, Governor Inslee has worked a deterrence upon a well-known and sincerely held religious belief that the use of abortion-tainted vaccines is evil and impermissible. Accordingly, Governor Inslee’s newly modified edicts constitute an unconstitutional violation of the Establishment and Free Exercise clauses of the First Amendment.

Nor can a regulatory scheme that places more severe restrictions upon anti-abortion religious organizations than it does upon pro-abortion religious organizations based upon vaccination status be said to be “narrowly tailored.” That is, “places of worship” are not even within the top ten venues responsible for Covid outbreaks in Washington. Restaurants, childcare, retail, construction, K-12 schools, and grocery stores all vastly outweigh places of worship for total number of Covid outbreaks in Washington. Yet none of these venues has been regulated by segregation based upon the willingness of individuals to take abortion-tainted vaccines.[ii]

Instead, religious and faith-based organizations have been targeted specifically by a regulatory scheme designed to deter the precise religious belief responsible for widespread resistance to abortion-tainted vaccines: the belief that intentionally benefiting from any abortion is morally impermissible.

The faithful who truly oppose the use of abortion derivatives on religious grounds would be on strong legal footing to resist the unequal treatment from the governor. Faith leaders, as well as pro-life religious individuals who suffer public condemnation as a result of their visible segregation at religious services, should consider seeking relief in Federal Court under the Civil Rights Act, 42 U.S.C. § 1983.