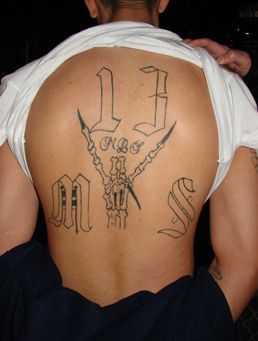 Last year iFiberOne reported on my efforts (as the then elected prosecutor) to reduce gang crime through targeted prosecution of selected offenders by using a non-traditional tool. See Below.

Specifically the goal was to use cost effective probation violations to incapacitate high level gang members. This tool was showing promise and is something that should be considered by others in the field. It would be a detriment to the community if those efforts are not continued.

The Grant County Prosecutor’s Office formed the gang prosecution task force in March. The deputy prosecutors have been working with law enforcement to identify gang members and “high priority individuals” inside the gangs, he stated.

“Members of criminal street gangs need to realize that their criminal behavior is what determines how high of a priority they will become,” Prosecutor Angus Lee stated. “Our top priority will be the worst of the worst.”

The taskforce has been targeting gang members violating their probation, he stated. Task force prosecutors filed 34 probation violations in the past month aimed at gang members.

“Targeted probation violations, with an emphasis on members of a criminal street gang, are a new thing,” Lee stated.

In a majority of the cases, the gang members were convicted or accused of a different crime or didn’t comply with court-ordered punishment or treatment, he stated.

“This lets gang members know we are watching them and will prosecute them aggressively,” he stated. “This is keeping with the ‘broken windows’ theory that by aggressively pursuing all avenues of sanctions … we send a message to the gang members.”

Lee stated the targeted probation violations are in addition to normal criminal prosecution.

“We made a commitment to make gang prosecution a top priority,” he stated. “We are doing that by going after criminal street gangs at every opportunity – whether it be big or small.”