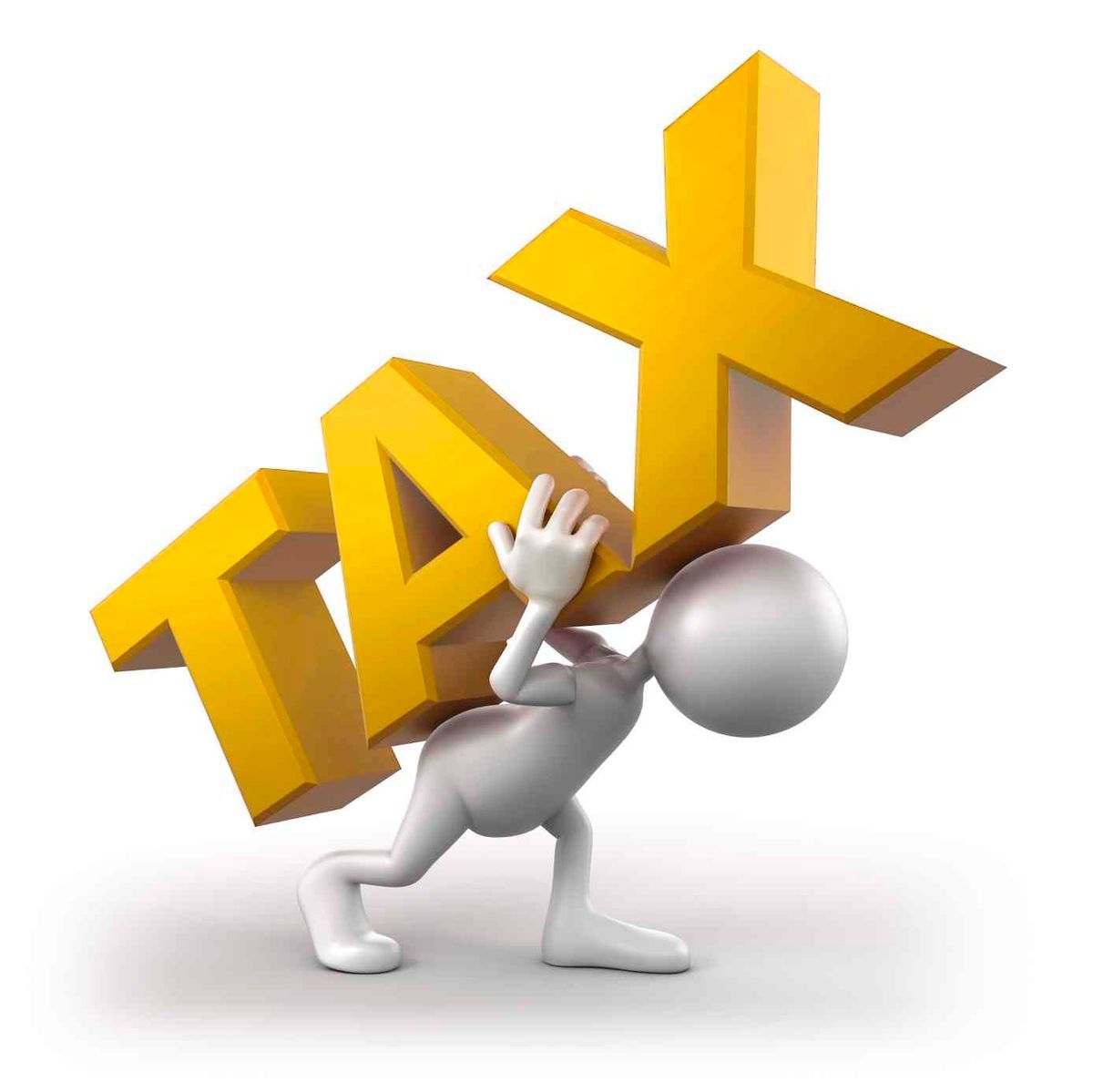 Vice-Chair O'Ban, Ranking Member Darneille, and Members of the Law and Justice Committee:

I write to you in strong support of Senate Bill 5721, requiring the Washington State Bar Association to obtain an affirmative vote prior to increasing bar dues for membership.

SUMMARY: SB 5721 was filed in reaction to the Washington Supreme Court's Jan. 5, 2017, sua sponte order over-ruling, in effect, a citizen petition filed on December 20, 2016, by members of the Washington State Bar Association calling for a member referendum to reject an increase in licensing fees. As described below, the Supreme Court's order, issued without briefing or discussion, has raised an important constitutional challenge to the Legislature's power over taxes and government regulation; the Court’s challenge is entirely unnecessary. SB 5721 can resolve that conflict quickly and easily, while protecting the interests of the public and the profession. SB 5721 does not create new law; it does not direct an outcome on the member referendum. SB 5721 simply returns the law to what it was before the Supreme Court changed it.

The Washington State Bar Association is one of 33 "integrated" or "mandatory" bar associations in the United States. A lawyer wishing to practice in Washington State, among other things, MUST pay a license fee. The amount of the fee and how the revenues are used raise complicated questions of taxation and fees, especially which branches and agencies of government can set them. See, e.g., Franks & Son, Inc. v. State, 136 Wash. 2d 737, 750 (1998) ("A tax is defined as a levy made for the purpose of raising revenue for a general governmental purpose. ... [A] fee is enacted principally as an integral part of the regulation of an activity and to cover the cost of regulation."); generally, Hugh D. Spitzer, "Taxes vs. Fees: A Curious Confusion," Gonzaga L. Rev. Vol. 38:2, P. 335 (2002). Inappropriate or excessive licensing fees may be hidden taxes intended to raise general revenue for governmental purposes. Margola Assocs. v. City of Seattle, 121 Wash. 2d 625, 640 (1993).

In 2012, the Bar Association attempted to raise license fees; a member referendum rejected the proposed fee increase. http://www.wsba.org/referendum. Similar referenda in other jurisdictions have been upheld. In Washington, D.C., one of the largest and most progressive integrated bar associations, the District of Columbia Court of Appeals itself initiated a dues referendum procedure decades ago. D.C. Bar R. VII, § 3; On Petition to Amend Rule 1 of Rules Governing Bar, 431 A.2d 521, 522-24 (D.C. 1981) (Harris, et al. JJ, concurring and providing historical background). That procedure is fully integrated with the oversight functions of the highest court in the District of Columbia. See, e.g., "RECOMMENDATION OF THE DISTRICT OF COLUMBIA BAR PURSUANT TO RULE II, SECTION 5, OF THE RULES GOVERNING THE DISTRICT OF COLUMBIA BAR TO INCREASE THE CEILING ON MEMBERSHIP DUES," In the Matter of Recommendation of the District of Columbia Bar, June 13, 2015, https://www.dcbar.org/about-the-bar/news/upload/dues-ceiling-recommendation-06-30-2015-FINAL-complete.pdf. Similarly, in Texas, with almost 100,000 members, dues increases and even changes in disciplinary rules are subject to member referenda; in 1990, members approved dues increases. See, e.g., State Bar of Texas, "Self-Evaluation Report," Sept. 1, 2015, 285-86. In Texas, dues have not been increased since the 1990 referendum, id., at 18, yet Texas' bar and judicial services to the public are vibrant and growing. See, generally, id., at 1-15.

In 2013, the Washington Supreme Court amended GR 12.1(b)(22) to read: "[t]he amount of any license fee is subject to review by the Supreme Court for reasonableness and may be modified by order of the Court if the Court determines that it is not reasonable." While on its face, this amendment may be within the Court's authority, the implementation of a "reasonableness" test by the judicial branch, acting as a regulatory or administrative body, raises substantial questions about separation of powers and the Washington Constitution's taxing power. Art. VII, § 1. These questions are not easily answered under the existing structure of the State Bar Act, RCW 2.48.130.

As required by the existing referendum petition procedures for the State Bar, within 90 days of the Board of Governors approval of the fee increase, 2,180 members of the State Bar petitioned for a licensing fees referendum. http://nwlawyer.wsba.org/nwlawyer/july_august_2016?pg=12#pg12. The proposed referendum would have rejected the proposed fee increase and limited any future increases to the increase in the cost of living index.

On January 5, 2017, the Supreme Court entered an Order, pursuant to its 2013 amendment of GR 12.1(b)(22) stating that the proposed fee increases "are reasonable," and that tying any future fee increases to inflation would be unreasonable. https://lawmrh.files.wordpress.com/2017/01/supreme-court-of-washington-order-25700-b-571.pdf. This Order effectively nullified the member petition.

When the Court proposed its 2013 "reasonableness review" amendment to GR 12.1(b)(22), the explanation was quite different from what happened in this first use: "It’s important to note that the suggested amendment before the Court would in no way nullify last year’s referendum vote that reduced license fees, ... it does not address in any way the member referendum provisions, which are contained in the WSBA bylaws." "Important information about WSBA license fees and GR 12.1 suggested amendment," NWSidebar, March 18, 2013, https://nwsidebar.wsba.org/2013/03/18/gr12-license-fee/.

By taking this step, contradicting settled procedure, expectations and explicit promises in 2013, the Court nullification of the bar association members' petition sets up a constitutional challenge. The action raises issues of legislative power over taxation and governance of regulatory authority. In other words, can the Supreme Court now set taxes and establish public policy through a regulatory body that it indirectly controls? Can it do so without briefing or explanation? Can it do so when those closest to the effects and burdens of such public policy -- those who pay for it directly -- are denied the use of established procedures to petition the government for redress of grievances, without even a hearing or any other form of due process? Who is to guard the rights of Washingtonians when the Supreme Court itself is the offender? It must be the Legislature, a co-equal branch and author of the State Bar Act.

None of these questions are necessary to achieve the ends sought by the bar members, or even by the Bar Association itself. All that the petition seeks is what was expected before 2013: the right to petition, to have the petition considered by other members of the bar, and to have the results judged by open evidence and discussion (rather than unbriefed fiat of the Court). At the least, the State Bar Act needs clarification in light of the conflicting explanation and then use of GR 12.1(b)(22).

SB 5721, in one simple stroke, returns those rights, cools that constitutional fire, and respects the rights of Due Process and separation of powers. It simply amends the existing State Bar Act to clarify that there is a right of the active members to consider and ratify the decisions on fees set by the Board of Governors. This is not a change in law; the change in law was made by the Supreme Court in 2013. SB 5721 returns the situation to the status quo ante.

I respectfully request that you support Chairman Padden's bill and provide the leadership necessary to move the bill through the Legislature.